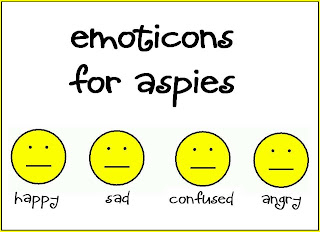 “Steve, Steve – look! We just received a tax refund of $800!” I was nearly out of breath as I sprinted into my Hubby’s sanctuary, our detached three car garage.

Steve had barely lifted his head from under the hood of his Buick. I waited for a response. Nothing. The Hubster’s face remained blank as it rotated back to the four barrel carb he was installing. I waited a bit longer, then shrugged to myself and went back to the house where I set the check next to his recliner with a sticky note requesting he ‘sign here’.
No more was said, no questions asked, though I found the signed check on the keybox of our coatrack later that evening.

A few days later I had to share the sad news that my uncle had passed away.

Granted, I met my Sweetie at the front door when he came home from work when I know full well that his mind was going ninety miles an hour with all of his ‘just got home from work to-do list’, so I wasn’t exactly shocked that he made no response. Later that evening I asked him if he’d be able to take time off work the following week to go to the funeral with me. Still no verbal response. Hmmm. I figured I’d just text him the particulars when I was notified of them.

A couple of weeks ago I was notified that Kidlet was bumped up to an older team for the coming year’s baseball team. This was great news as Kidlet really wants to earn a combo athletic/academic scholarship to college. I found Steve practicing his guitar in the bedroom. I did wait until he was done to share the exciting news.

I could see that he was struggling to control his excitement. Not.

Psychologist and Family Therapist Mark Hutten had an excellent article on 'Flat Affect and Reading Facial Expressions'. Though the article was geared towards kids with Aspergers, I found it spot-on for understanding my husband.
“Many…with Aspergers…have a flat affect. Their facial expressions are fixed or “artificial” in appearance instead of naturally animated. The [aspie] may not laugh or smile unless cued to do so in an appropriate situation, or he may appear to have a collection of rehearsed or “canned” reactions to match certain circumstances (which, by the way, is actually a real strength). The [aspie’s] way of talking may also seem “flat” and monotone. In other words, his words may sound robotic and carefully measured, or there may be a lilting tone to his voice (described by some as “sing-song”) in which his speech sounds as if it's bouncing up and down when he talks.

Many…with Aspergers have internal feelings that may or may not be reflected on their face. But it's important that they provide natural, spontaneous expressiveness – and recognize facial expressions in others – because facial expressions are a form of non-verbal communication essential to interpersonal relationships.

Reading facial expressions is important for social success. An inability to read facial and social cues makes “connecting” to others very difficult. Learning to translate and digest the meanings of different facial expressions can help determine other people's needs and foster true communication.”

One thing that I am thankful for is Steve’s calm expression in the middle of some sort of crisis. (Excluding those of his own creation.) While I am quick to react with my immediate feelings, my Hubby’s calm appearance will often be the gentle brake I need to control my emotions.

My list of emoticons is nearly limitless. Steve’s is simple.

LOL
Posted by laughing helps at 8:46 AM

laughing helps
I've been married for twenty-eight years to a wonderful, but often frustratingly confusing man with Aspergers Syndrome - an "Aspie". We have three grown children, all of whom are NeuroTypical, as am I. Neurotypical (or NT) is a term that was coined in the autistic community as a label for people who are not on the autism spectrum. NT's have neurological development that is consistent with what most people would perceive as normal, particularly with respect to their ability to process linguistic information and social cues. (I scored a 9 on the Aspie test shown.) We all like to laugh. A lot. And I always wonder if I ever be caught up with laundry...